The moment that Dale Parker and Clive Walker looked out over the Palala River Valley in May 1981, their love affair with the region began and the vision that would become Lapalala Wilderness was born. 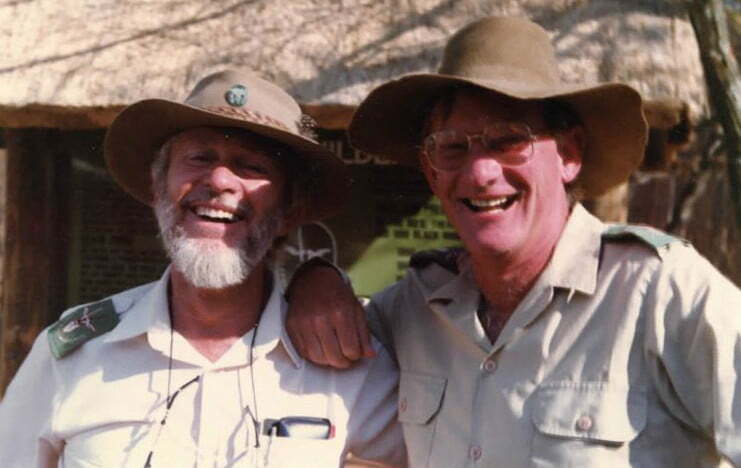 Clive, a renowned artist and conservationist, had brought Dale to inspect a game ranch being sold by one of the last ‘great white hunters’ of East Africa, Eric Rundgren, who had turned protector of the wildlife he had hunted with such dedication in the past.

As a conservationist, farmer and businessman, Dale immediately recognized the value of the area and the importance of preserving its natural beauty. With Clive’s help and encouragement he spent 20 years adding 17 farms to his original purchase, and by the year 2001 the 36 000 Lapalala Wilderness had become a reality.

From the beginning it was recognised that conserving wildlife depends on preserving the habitat, and the larger the area, the more species can be conserved. The enormous size of Lapalala, and its rich biodiversity, made it ideal as a key component of the Waterberg Biosphere Reserve.

The first region in the northern part of South Africa to be declared as a biosphere reserve by UNESCO, this ground-breaking initiative was spearheaded to a large extent by Clive, representing Lapalala Wilderness.

Lapalala became the first private reserve in South Africa to acquire black rhino when five of these highly endangered animals were brought to the reserve in 1990. Lapalala’s commitment to preserving these magnificent creatures continues to this day, and it is now one of the leading private rhino sanctuaries in South Africa.

Importantly, Lapalala has always been as much about people as about nature. From tourism to education, Lapalala continues to work tirelessly to strengthen the interconnectedness of man and the environment, since this is the only real way to secure the sustainable future of both.

Under Clive’s leadership, the Lapalala Wilderness School has become an important provider of environmental education to learners from all sectors of society, bringing them together with the shared aim of doing their part to help create a sustainable future for all South Africans. Over the years, the school has been successful in awakening an interest in conservation in young people by giving them the opportunity to experience nature at close quarters. As evidence of this effectiveness, a number of South Africans who are doing great work in conservation and ecotourism today were first inspired to enter their fields by their experiences at the Lapalala Wilderness School. To date more than 70 000 youngsters have passed through the various programmes on offer and, more recently, teacher training has formed an increasingly important part of the school’s offering.

After Dale‘s untimely death in 2001, his son Duncan Parker took on responsibility for Lapalala and, in collaboration with neighbouring farm owner Gianni Ravazzotti, has developed a bold plan to ensure the sustainability of this exceptional and uniquely important reserve.